7 years of social: a peek into the kitchen of KLM Cygnific 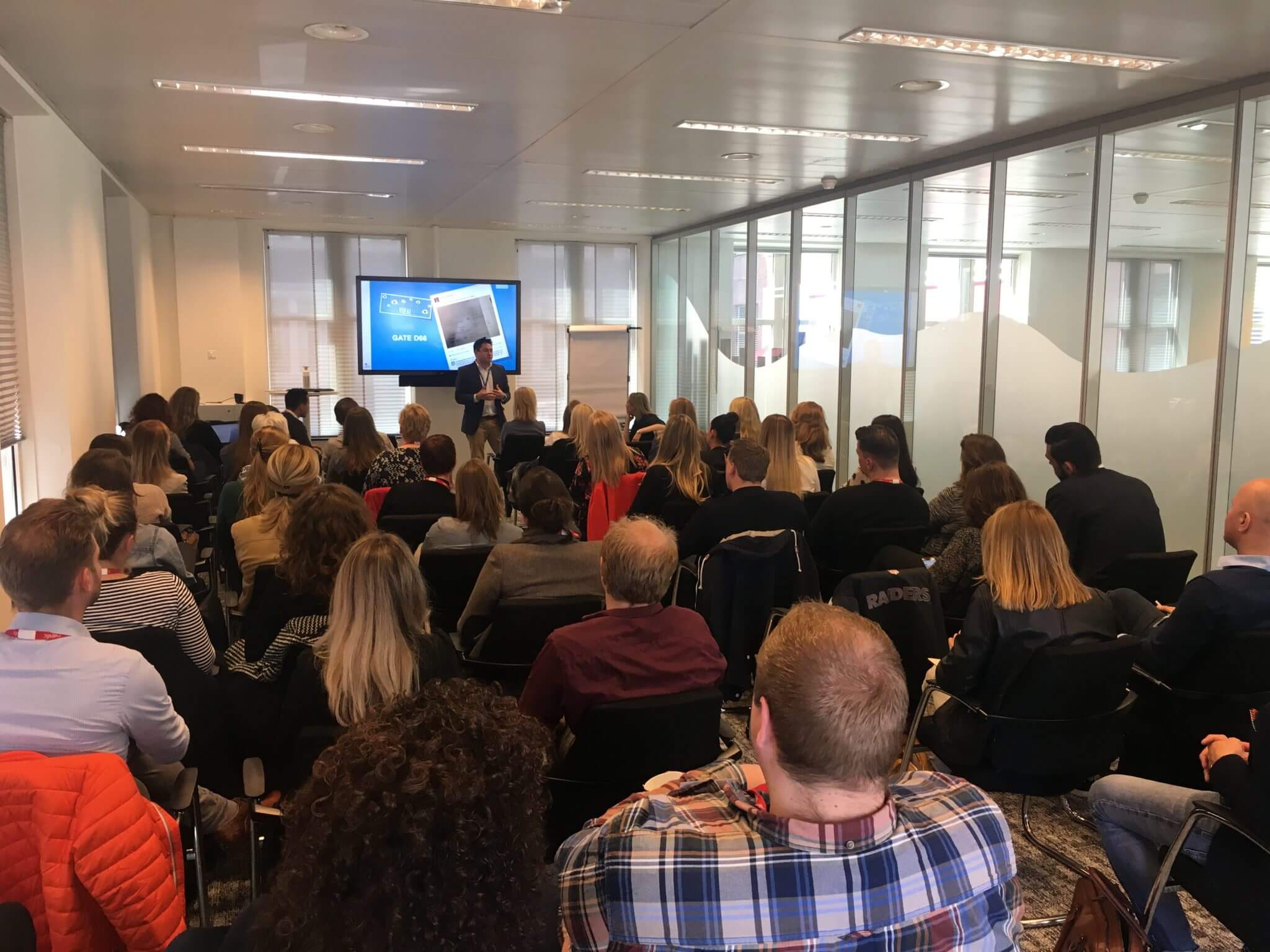 On Tuesday the 18th of April, a group of experts gathered at Cygnific Amsterdam for the KSF Expert session on Social Service: 7 years of social at KLM. The airline is known for its web care and in the past few years, KLM has made some very big steps in the development of their web care; they are considered a very advanced and innovative organisation in this area. Nick van Straten and Diego Anriquez from Cygnific guided us along the journey they have been on for the last 7 years, during which web care has acquired an important role within their organisation.

The 10th April 2010 was the day the Eyjafjallajökull volcano erupted in Iceland. The airspace above Europe closed and all flights were cancelled. As a result, the phones were ringing off the hook and the lines overloaded. Travelers with questions looked for different ways to contact KLM and went for the social media channels, which were used solely for marketing activities. Cygnific was hands-on and able to quickly switch to support questions via the KLM social media channels. This event was the trigger for a pilot to set up social media as a service channel, with opening hours from Monday till Friday from 09.00 hrs – 18.00 hrs.

Since then, social media channels opening hours have changed. Customers have been able to reach KLM 24/7 since 2012. In 2015, KLM introduced Facebook Messenger for the general public, making it possible to have more 1-on-1 contact.

For KLM and Cygnific, it is very important that all contact points of the customer’s journey are streamlined via all channels. Therefore, Cygnific employees are not only answering the customers’ questions, they are also involved in improving the processes. One of the latest developments is the implementation of Artificial Intelligence in customer contact to support the ever-increasing volumes.

The support of Artificial Intelligence

A customer can often expect an answer from the airline within 30 minutes. However, due to increasing volumes, Cygnific and KLM have looked into their means of customer contact and ways to make this process more efficient. The solution: a bot that supports the service agents in their daily activities. By answering the practical questions via scripts, the bot can learn to define an answer bases upon the client’s question. The automated answer is ready to send but will be checked by an agent first. The system automatically learns from the actions taken by an agent.

Alongside the predefined answers, the Artificial Intelligence also makes it possible for KLM to automatically define the urgency of a client’s message. Messages that contain certain combinations of words, for example, ‘flight’ in combination with ‘delay’ will be labelled as urgent so that agents can see which questions have to be answered first and which can wait a bit longer.

‘A bot doesn’t replace a real service agent, but it does enable agents to work more efficiently and faster.’ Cygnific and KLM are continuously improving the contact with clients, but not only using technology…

Striving to be the best

In recent years, everybody has seen KLM on websites like ‘De Beste Social Media’. The social media agents that are recruited for KLM have a certain profile. ‘Contact via the phone is different than via social media’, says Diego. For social media, you need to be daring and have courage because sometimes you have to create a reply without knowing how it will be received. A great example of this is a conversation between Transavia and KLM on Twitter, which went viral. Via social media, KLM can do a little extra for their customers which results in great stories, compliments and even awards.

Cygnific employees are in close contact with all layers of the KLM organisation. This makes it possible to deliver personal service to the customers. For instance, they can send requests to the cabin crew of a specific flight who, in return, can provide extra service to a passenger on board who contacted KLM via social media. A good example of this was last year, when a young girl could not publicly read her poem for Remembrance Day on May 4th because of a delay. In the Netherlands, children are often asked to send in a poem for Remembrance Day and the best entries are chosen to present their poem publicly. The crew on board were notified and made it possible for the girl to recite it during her flight. A violinist who was on board volunteered to participate and played the violin, after which the whole plane was silent for 2 minutes. ‘The story behind the story is very important to us, you need to aim high if you want to stay up in the sky,’ mentions Diego.

People are regularly surprised with champagne, a video, cake, et cetera… but unfortunately, it is not possible to grant all incoming requests. Therefore, KLM started the Wannagives programme. Wannagives make it possible for everyone to surprise a family member or friend on a flight of KLM.

The future of KLM and Cygnific

In the years to come, Cygnific and KLM will keep moving forward in the field of web care. This year, Cygnific will focus on staying cost efficient and the possibilities to expand their platforms; another very important factor is the measurement of customer satisfaction per channel.
At the end of the KSF Expert session on Social Service, the experts received a live demo at the Cygnific Social Media department, a tour through the building and an interactive brainstorming session. The KSF Expert session on Social Service was organised by OBI4wan and KSF Netherlands (Klantenservicefederatie Nederland). For more information on the KSF Expert session, take a look here.

back to news
Top