Born on a KLM flight

HomeBlogBorn on a KLM flight 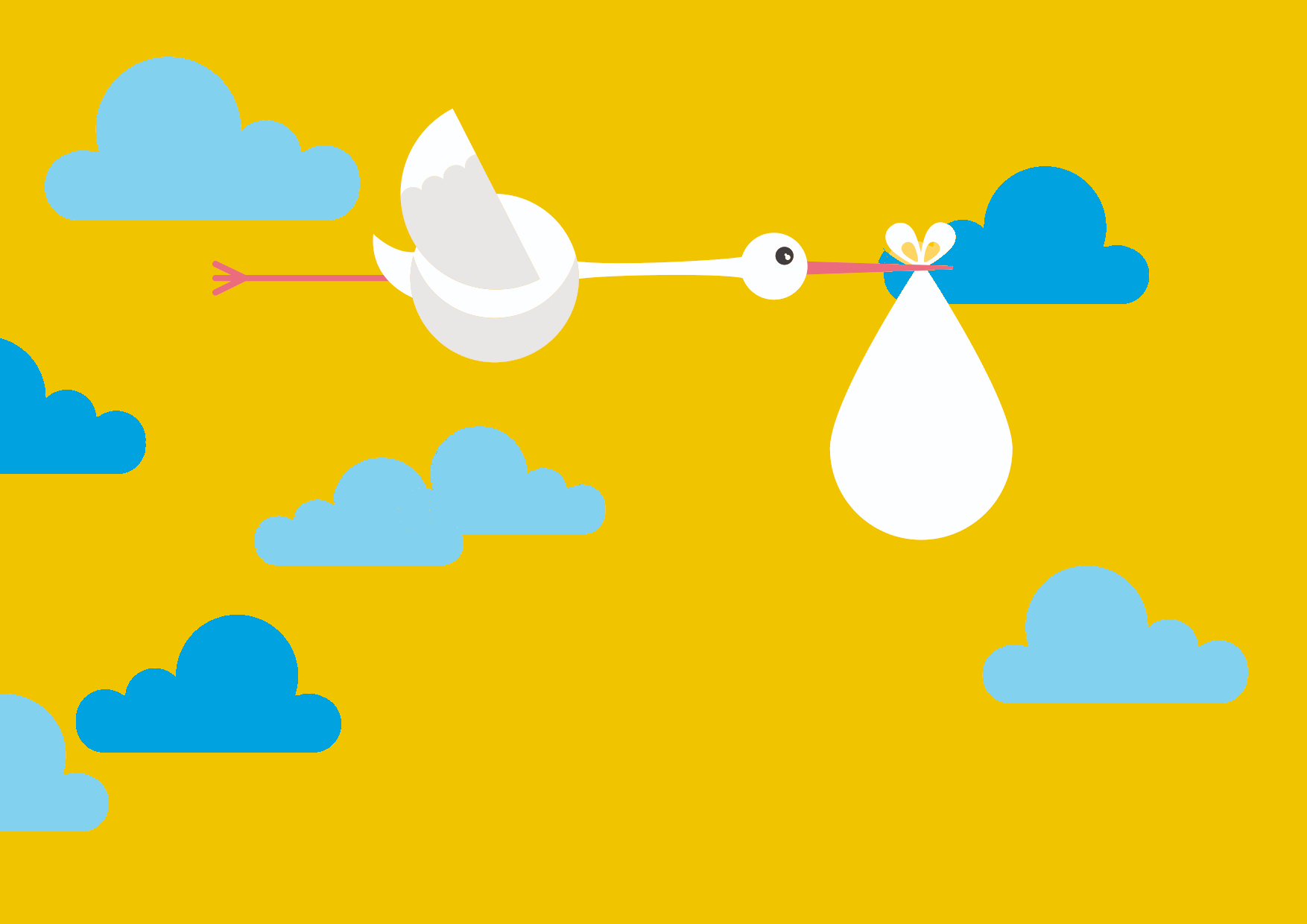 Being born in the skies. Can you imagine that? It happened to Tamara’s baby boy. She was travelling on flight KL753 from Guayaquil to Amsterdam when she experienced some stomach pains. She didn’t know she was pregnant and after only two pushes, a healthy baby boy was born. The baby was named after one of the doctors who was travelling on the same flight and assisted with the birth.

This unexpected but happy occasion does raise some questions. Does this happen often? What’s the nationality of a baby born on a plane? And until which stage in the pregnancy are you allowed to travel? Time to figure that out!

How many babies are born on a plane?

Even though you regularly hear stories on the news, it is rare when babies are born on a plane. There is a chance of roughly 1 in 26 million. Around the world, there are almost 50 “Skyborns”. If you compare this to approximately 350.000 – 400.000 new babies born daily around the world, it’s safe to say being born on a plane is unique.

The nationality of a baby born on board depends on two systems: jus sanguinis (right of blood) or jus soli (right of soil). Most European countries use the first one, meaning that the baby will automatically get the nationality of the parent(s). Some countries – for example, the United States, Brazil and Romania – use the other system. This means the baby will have the nationality of the country of the airspace in which it was born. For example, a baby of two Dutch parents born in US airspace will automatically become a US citizen.

To decrease the risk of babies touching down before the plane does, airlines have rules for flying while pregnant. Every airline can set its own regulations, but it’s most common they recommend not flying after 32-36 weeks with a healthy pregnancy and to always consult your doctor before doing so. Our airlines (Air France, KLM and Delta Air Lines) require a medical certificate to fly after 36 weeks.

There’s a popular rumour that claims that babies born on planes get free flights for life. While this would be an amazing maternity gift for such an unusual birth, it seems to be more exception than rule with only a few airlines who have ever done something like this. KLM and Air France are not among them.

Would you like to help our customers with fun, odd or interesting situations? Whether these customers are up in the air with KLM or down on the ground with Rituals and G-star RAW, we have interesting vacancies for customer service heroes to check out!